This work began as a reflection of the exploration of John Wesley Powell. A scientist and explorer, Powell was responsible for charting much of the arid American West. His exploration of vasts swaths of land, particularly its watersheds and rivers led to his belief that the arid West was not suitable for agricultural development. His Report on the Lands of the Arid Regions of the United States proposed irrigation systems and state boundaries based on watershed areas to avoid disagreements between states. Instead, the landscape was arbitrarily divided into politically convenient geometries, bisecting natural landscapes and placing undue burden on ecosystems and those that try of eke out existences within that harsh topography.

In response, these wooden forms began to be formed as landscapes. Their hills, grooves and valleys mimicking the tumult of the state where I was born. For me, they are intuitive miniaturization of the landscape of my youth, burnished terrains split by arbitrary lines. They are breaking and are broken. They are cared for. Their divisions point to loss, to empty space, but also to connection. The schism is the thing that holds them together, transitioning them from isolated forms to a connected group. 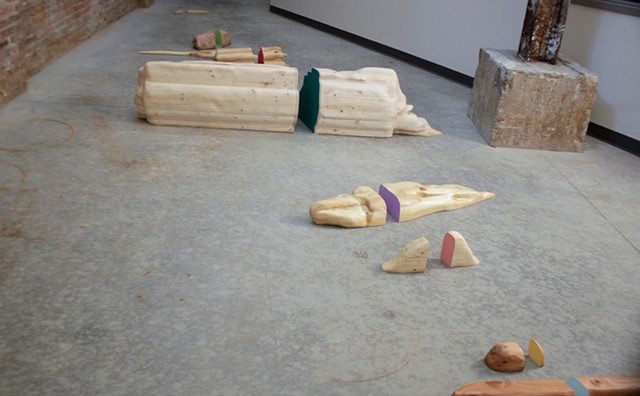 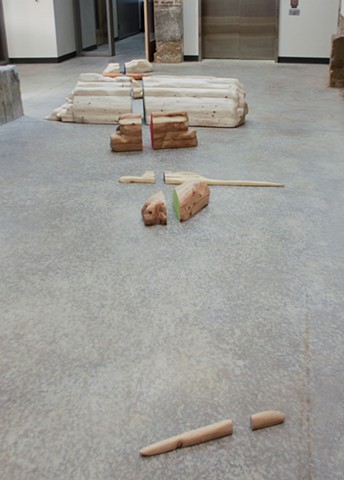 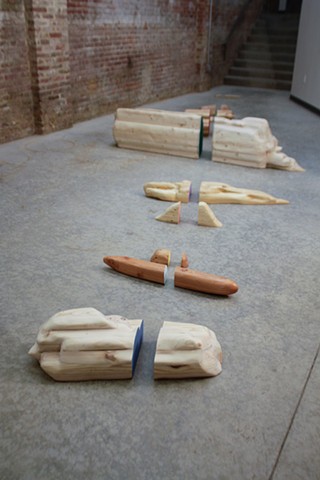 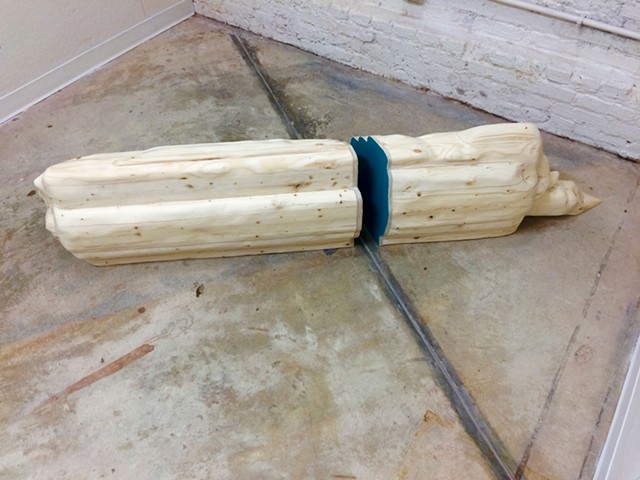 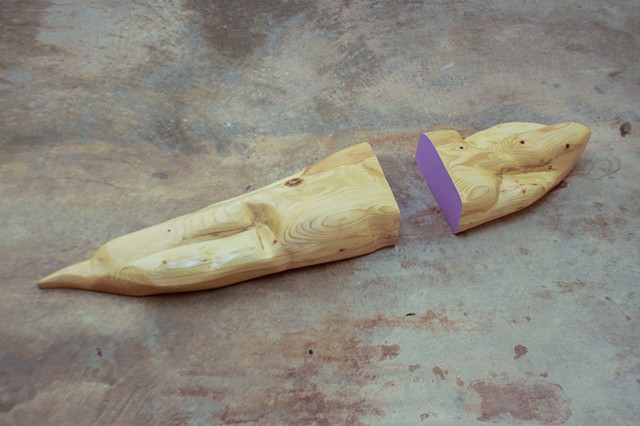 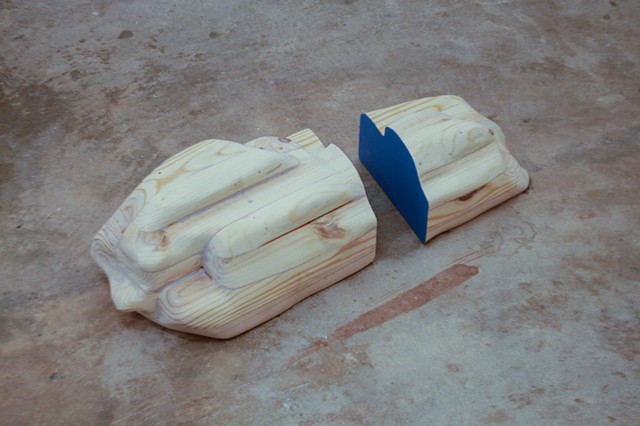 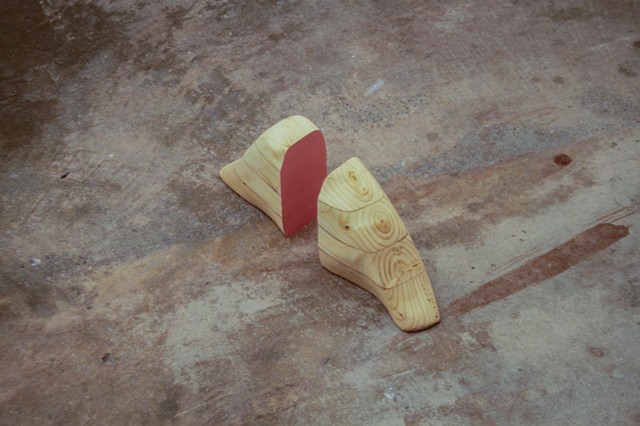 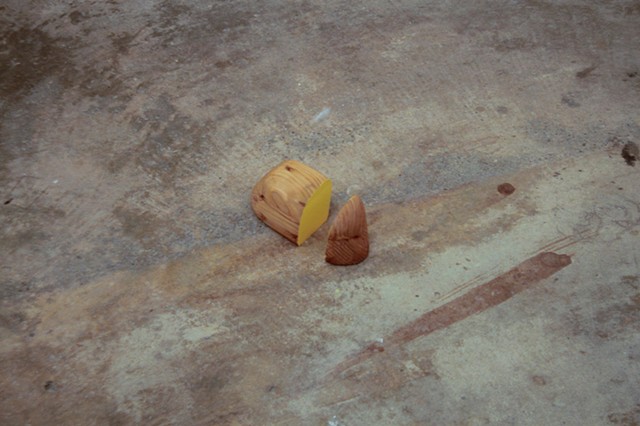 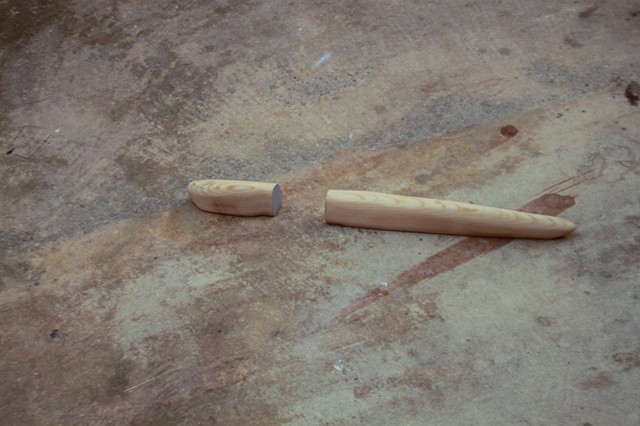 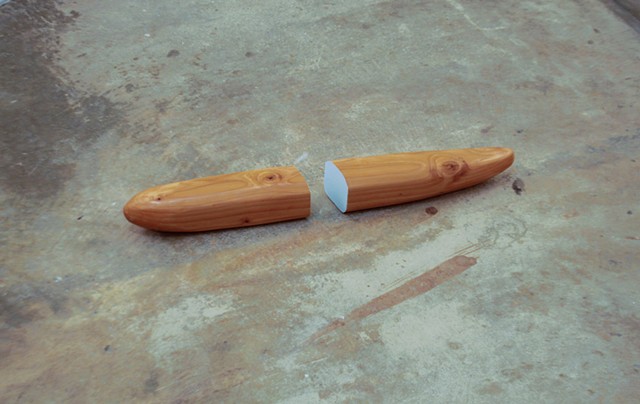 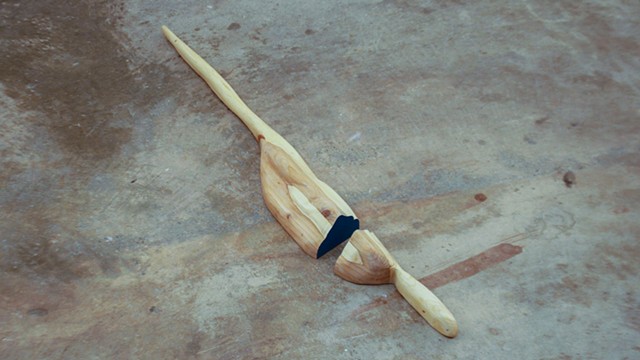 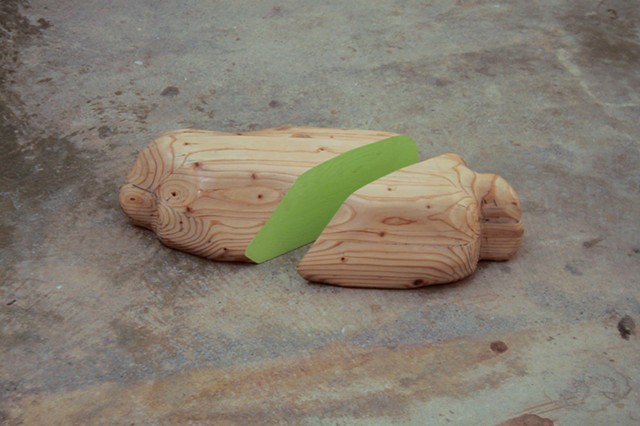 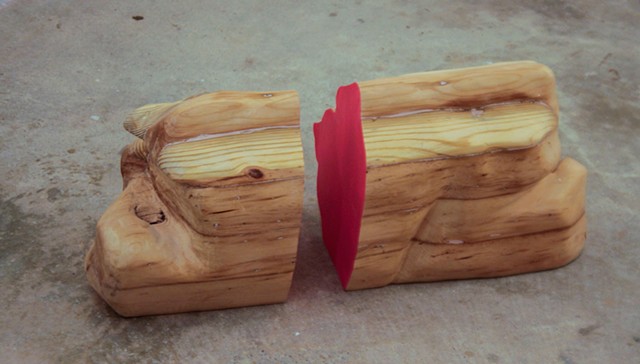